skip to main | skip to sidebar

John Jeffrey Hodges and the BigBoys 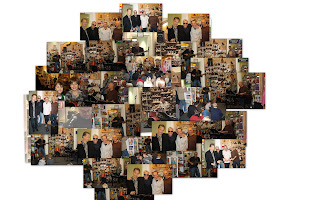 Posted by KiddyDittys at 10:11 AM No comments:

We're proud to introduce guitarist Frank Marinello, John Jeffrey Hodges and the BigBoys newest band member. Frank's impressive resume includes performances with many well-known groups and artists. As  a graduate of the Musicians Institute, Frank was mentored by such greats as Joe Pass, Robben Ford and Joe Diorio. Frank’s guitar sounds have appeared on many recordings, including those of such artists as Grammy-nominated Dave Kimbers, Keyna Darlings, Brazil and Beyond, as well as many other rock, jazz, country, and R&B groups. He recently performed on the soundtrack for Enteraktion Studios Animated film "The Dwegons" slated for release in February, 2010. Frank has also performed with numerous well-known artists including Marilee Rush, Peggy March, Frankie Ford, Dicky Lee, The Sangri-Las,Troy Shondell and Steve Smith.  We'll keep you posted as to future performances.....stay tuned!!
Posted by KiddyDittys at 11:40 AM No comments:

Garbage Day and Your Father were recently played on Spokane Public Radio's kid's show, The Nacho Celtic Hour, KPBX 91.1-  Spokane, WA.   Also, a big thank you goes out to Gwyneth at Gooney Bird Kids for playing Skating Rink on her radio program GBK Radio!
Jeff is gearing up for a couple upcoming performances in GP - at Caribou Night - Caribou Coffee in the Village on Tuesday, October 20 - 7:00 p.m.   Come in and support Jeff and Jack's school - Maire Elementary.  The following Saturday, Jeff will be appearing at The Village Toy Company in Grosse Pointe with his group The BigBoys at 12:00 noon for a concert and CD signing.  The BigBoys will be with Jeff at Caribou as well.  Amazing musicians and music.
Hope to see you there.
Posted by KiddyDittys at 6:03 AM No comments:

Amber Passey, through her great blog: Becausebabiesgrowup.com is giving away two copies of KiddyDittys as prizes during her Fall Fling event.  Amber's mommy blog offers advice and tips to moms as well as lots of fun information for everyone.  Check out her blog and review @ http://becausebabiesgrowup.com/ !  We love reading Amber's fun stories and reviews.  We truly appreciate Amber's great review.  Keep up the good work!
Posted by KiddyDittys at 7:05 AM No comments:

Jeff and his band, The Big Boys, will be performing at Village Toy Company  http://www.villagetoycompany.com/index.html on Saturday, October 24, 2009 at 12 noon.
They'll perform a few songs from KiddyDittys and Jeff will be autographing CD's.  We hope to see you there!
Posted by KiddyDittys at 6:02 AM No comments:

KiddyDittys giveaway on Because Babies Grow up Fall Fling

A really great mommy blog, http://www.becausebabiesgrowup.com/ is offering a couple copies of KiddyDittys as prizes in her fall fling contest this fall.  Amber Passey created this beautiful website offering information, tips and lots of fun tidbits and recommendations for moms.  We're proud to help sponser Amber's fall fling!!!  Give the site a visit!
Posted by KiddyDittys at 8:24 AM 2 comments:

KiddyDittys
Grosse Pointe Park, Michigan, United States
My name is Sara Fischer Hodges and I am married to an incredibly talented songwriter, John Jeffrey Hodges (Jeff) who recently released his first kid's album, KiddyDittys (A Kid's Album for Adults). It’s become my full-time job to promote this amazing CD! I need HELP so if you have suggestions or ideas, please SHARE!!! For more info, please visit www.johnjeffreyhodges.com. About me: I'm a writer, singer, mom, wife. I write children's plays and run a theatre program at my son's elementary school. I also work with other children's theatre groups and perform with a parody troupe, A Habeas Chorus Line.